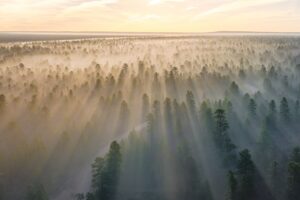 (WASHINGTON, D.C.) – C3 Action released a poll (download full presentation) today showing strong Republican and bipartisan support for a climate and freedom agenda based on economic freedom. The poll was conducted by the C|T Group, an international research firm, in the critical battleground swing states of Arizona, Georgia and Michigan in June 2022. The 1,500 responses include a margin of error of 3.1 percent.

“Climate change will increasingly shape American and global politics in 2022, 2024 and beyond. Republicans have an opportunity to embrace a climate and freedom agenda that will strengthen our economy and environment. Our poll indicates a strong bipartisan consensus exists around an ‘all of the above’ fiscally responsible energy diversification agenda. The party that embraces and implements this agenda will set itself up for success for a generation,” said C3 Action Executive Director John Hart.

“While our poll generally contains good news for Republicans, they face a serious dilemma. While President Trump remains popular with Republicans, he is probably not a viable general election candidate in 2024,” Hart said, noting that this poll was conducted prior to Cassidy Hutchinson’s testimony before the January 6 committee. “Should Trump run, he would be competitive but would likely play the role of spoiler. According to our poll, about 60 percent of voters prefer another candidate, which is consistent with other polls. In addition, as many as ten percent of Republican voters are open to opposing Trump under all circumstances. In states with razor thin margins even one percent of defections would give a right-leaning independent or third-party candidate more than enough votes to prevent Trump from winning another term.”

The poll contained other key insights about Republican politics including:

“Finally, our poll verified our view that progressive attempts to link climate change to unrelated social policy goals was highly polarizing and unpersuasive with Republicans. Yet, our poll included a surprising finding that Republicans find ‘alarmist’ rhetoric that refers to climate change as a ‘crisis’ or ‘existential threat’ moderately persuasive. While we still believe that climate panic is not a good substitute for clear-eyed climate policy, this finding illustrates the peril of dismissing very real concerns about climate change among Republicans. Fortunately, key solutions in The Climate and Freedom Agenda, which is rooted in economic freedom, are overwhelmingly popular not just Republicans but also with Democrats and can serve as a roadmap for durable solutions for policymakers of good faith on all sides,” Hart said.

The mission of the Conservative Coalition for Climate Solutions Action or “C3 Action” is to advance economic and political freedom at home and abroad. Doing so will help equip policymakers in America and around the world to address the risks of climate change. C3 Action’s sister organization, C3 Solutions, recently published The Climate and Freedom Agenda that lays out policy and regulatory reforms that would help increase and diversify energy supplies, remove supply chain constraints, invest in healthy ecosystems, and build more resilient communities.